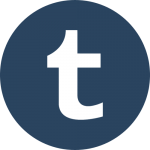 How to Install AddThis on Tumblr

This article will go over how to add the AddThis tools to your Tumblr blog in a few simple steps.