This week was action-packed and the news was flooded with stories about the Final Four, baseball’s Opening Day, and Obamacare enrollment. Let’s see what content we saw shared the most on our network in the U.S. this week. 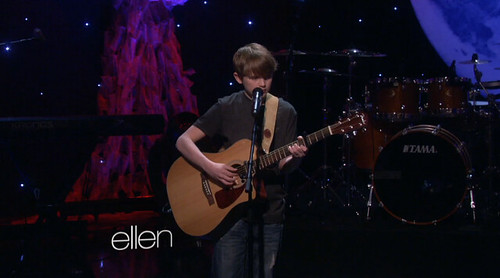 Ellen found this 13-year-old on YouTube and invited him to perform on the show. Before his performance, he proves that he can’t just sing and play the guitar––he’s pretty funny too! Check out his appearance on The Ellen DeGeneres Show.

Healthy eating and lifestyles are a popular topic as the U.S. battles obesity. A study released this week indicates that meat eaters tend to have better health and a higher quality of life than their vegetarian counterparts. Vegetarians were more likely to have allergies, cancer risks, and mental health disorders.

Reports of Shooting on Fort Hood

A shooting at the Fort Hood Army post in Texas on Wednesday left four people dead and sixteen others wounded, and Americans were quickly spreading the word on social channels. A 2009 shooting at the same location had similarly devastating outcome. The victims and their families are in our thoughts.

Consumer Reports released their list of the best supermarkets based on 27,000 participants, and the 55 largest U.S. grocery store chains. Common complaints that dock grocery stores have insufficient open checkout lanes, lack of selection, and crowded aisles. Walmart, Shaw’s, and Acme were ranked at the bottom of the list, while favorites include Publix, Trader Joe’s, and Wegmans.

Cadillac released an ad for its new ELR hybrid coupe, which focuses on the idea of working hard to purchase expensive things. A new Ford commercial takes a different perspective with the idea that Americans work hard to help make the world a better place. The contrast between the ads got the attention of the press, resulting in this Business Insider article which was popular to share.