This week’s top shared content included a World Cup upset, a potato salad Kickstarter campaign, and the closing of a cupcake franchise.  Let’s see what other content was shared this week! 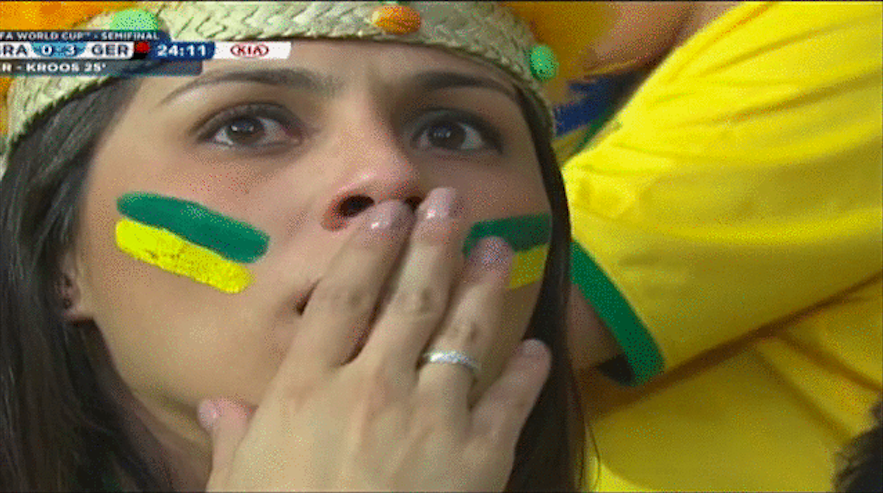 Germany defeated Brazil 7-1 in the World Cup semi-finals on Tuesday. Brazil played without their star Neymar, who was out of the game due to a back injury. Germany scored five goals in the first 29 minutes of the game, setting a record for the most goals any team has scored in that period of time in World Cup history. Germany will play Argentina in the World Cup finals this Sunday. News of Brazil’s defeat was spread through Twitter, making up 29% of shared content.

Fourth of July in America is typically characterized by barbecues and beer. Guinness, and Irish brewer, made a proudly American commercial for Independence Day. The commercial is called “Empty Chair” and is subtly patriotic.

Man Raises $35,000 on Kickstarter for a Simple Potato Salad

Zack Danger Brown was seeking backers to fund his goal of $10 to make potato salad. As of Thursday, over $44,000 was pledged to his goal. Brown updated the Kickstarter page with different thank yous for levels of donations, like bites of the potato salad and personalized haikus.

During recent months, more than 52,000 unaccompanied illegal children have come into the United States from Central America and Mexico. Some of these children are housed at The Children’s Center in Oyster Creek. President Obama requested nearly $4 billion in emergency funding this week to deal with the immigration crisis. The U.S. is not prepared to take in the tens of thousands of minors and the money would go toward Border Patrol agents and better detention facilities.

Crumbs opened in 2003 on the Upper West Side of New York and became the largest chain of cupcake bakeries in the country. The company went public in 2011 and started to see trouble recently as the cupcake boom has died down. Crumbs closed down all of its stores on Monday evening.  Cupcake fans spread the news most on Facebook, making up 39% of shared content.